In this series, we dive into the myths of the Hindu deities. And, while you might think that these myths are a bit far sought, they are just like mirrors of our own lives, leaving you inspired and insightful.

In fact, the stories about the deities might help you reach a better understanding of yourself – why you act and react in a certain way or how you handle your emotions. Look at it as an invitation to take a closer look at your inner self and of the characteristis, traits and powers that exist within in you. Where do you recognise yourself in the story?

The Hindu Deities
In Hinduism, there are millions of gods and goddesses known as deva and devi. Yet, they are all representations of one supreme God.

The three main deities (the Holy Triad) are Brahma, Vishnu, and Shiva – the creator, the sustainer, and the destroyer –representing the ongoing cycle of birth, life and death. Sometimes, the three main deities may appear in the form of an avatar, embodied by a Hindu god or goddess, who are in fact important deities themselves.

Each Hindu god and goddess has a specific characteristic symbolizing their power and energy, and the most popular also have their own myths surrounding them. In this series, we draw inspiration from thee of the most popular Hindu deities:

Who can join? The videos in this series are quite challenging level 2-3 classes and require that you are somewhat experienced and up for a challenge. This gives you an opportunity to dive deeper into your practice and play with the more spiritual aspects of yoga.

How to use the series
This series consists of six videos focusing on three of the most popular deities: Lakshmi, Ganesha and Hanuman. For each of the three deities, you will find a short video introducing you to the myth of the deity as well as a longer video with asanas inspired by the myth and the powers of the deity.

Listen to the myths and focus on the ones that speak to you. 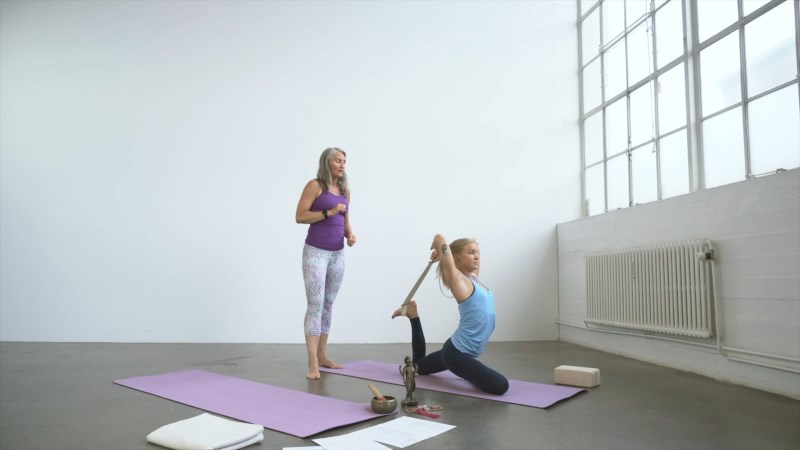 7 min
Niveau: 2-3
Hatha med Hrönn
This is a short introduction to the series 'Myths of Hindu Deities' guided by Hrönn.
In this serie...
Gå til video
The Myth of Lakshmi (eng) 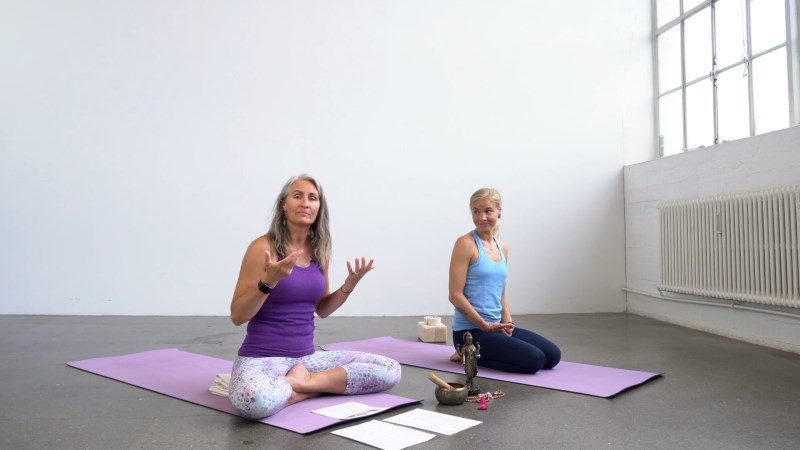 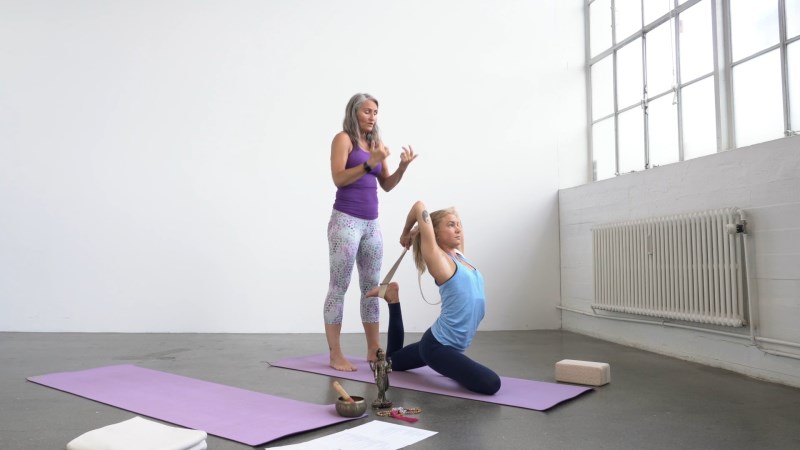 45 min
Niveau: 2-3
Vinyasa med Hrönn
In this practice, we’ll draw inspiration from the Hindu goddess Lakshmi. Lakshmi is the goddes...
Gå til video
The Myth of Ganesha (eng) 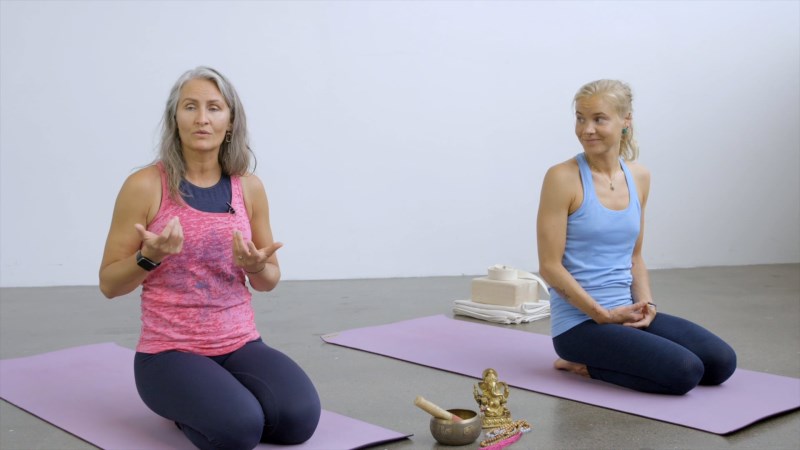 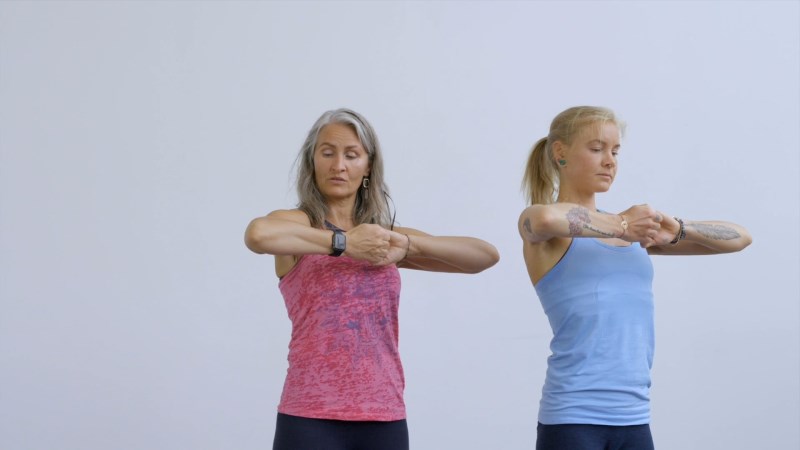 60 min
Niveau: 2-3
Hatha med Hrönn
This class invites you to root deeply in yourself so that you may rise up with confidence, strength...
Gå til video
The Myth of Hanuman (eng) 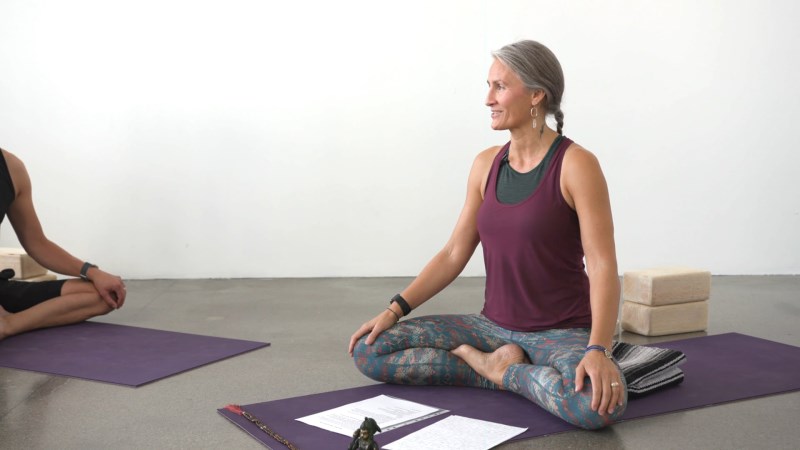 7 min
Niveau: 1
Vinyasa med Hrönn
In this video, you'll get a short introduction to the monkey god, Hanuman.
Hanuman is a remembranc...
Gå til video
Hanuman – serve with love (eng) 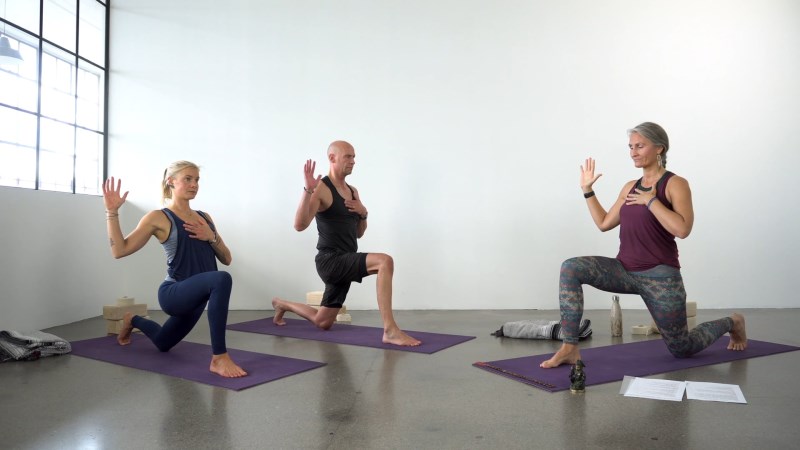 60 min
Niveau: 2
Vinyasa med Hrönn
In this practice, we'll draw inspiration from the mythic monkey god, Hanuman, who is a remembrance o...
Gå til video